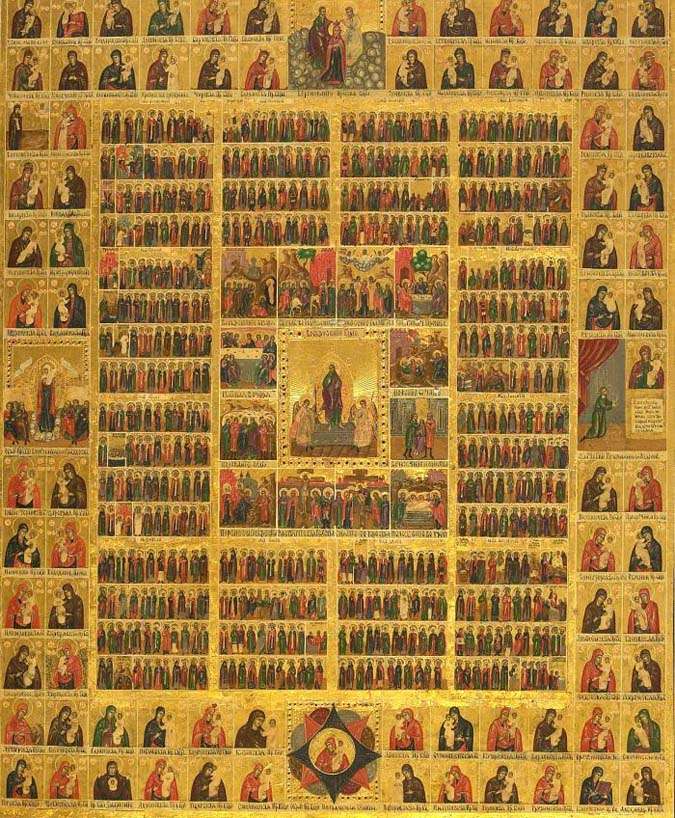 The Church’s new year arrives right after the commemoration of the Beheading of the Forerunner on August 29. Summer ends with the harvest of a godly seed that testifies to the truth of the Gospel, sealing its witness with the blood of the righteous. Fruit of righteousness always comes with a cost, which is why the blood of the martyrs is the seed of the Church.

The new year begins with prayer to the Lord of all to “bless the crown of this year with Thy goodness” and preserve in safety our rulers and cities. Yet even while the prayer is lifted, the stark reality of the end is present and near: like ripened fruit and fleeting days of summer, all glories of men, of kings, of cities, will ripen and dissolve into the dirt from which they were taken, and from which they will be recalled on Judgment Day to be renewed in the year that knows no end.

But on the Church calendar the end is a beginning—the clearing away of what is passing in order to make room for what is eternal. For all its beauty, this earth of ours is still under a curse, and the all-encompassing shadow of our ancestral fall casts its dark imprint upon our lives, even as God declared to Adam, our father, “cursed is the ground for thy sake: in sorrow shalt thou eat of it all the days of thy life. Thorns also and thistles shall it bring forth to thee” (Gen. 3:17–18). Void of its life-giving communion with God, the earth is barren and all its glory wilts under death’s power. Such is our lot under the sun; such is the end of all our years….

Therefore, it is right and meet that the Church’s first major feast is a token of life and hope, springing from the parched soil of humanity. In blessing “the crown of this year with [His] goodness,” God, first of all, produces the blessed soil from which the tree of life sprouted. The Mother of God, the Most Pure Theotokos, was born on September 8, begotten of two barren elderly parents, Ss. Joachim and Anna, “for from a barren stem He hath brought forth His Mother, a life-bearing branch.” How could a “life bearing branch” proceed from a “barren stem”? The Lord of Creation Who formed the old Adam from the earth and breathed His soul into him, now prepares the “soil”—the Virgin Mary—to bring forth the new Adam, a life-giving spirit (1 Cor. 15:45).

Thus, the shadow of death is but a shadow of the resurrection of all, for the God Who is the Alpha is also the Omega, and He Who is First is also the Last. And since the fallen world could not ascend to God, God visited His world by “making a living heaven on earth” in bringing forth her who would become His temple. As we welcome the feast of the Church’s new year, may it also become a new beginning for us, who—in spite of our spiritual barrenness—bare the seed of faith, hope, and love, which grows into a sacred temple of the Most Holy Trinity.